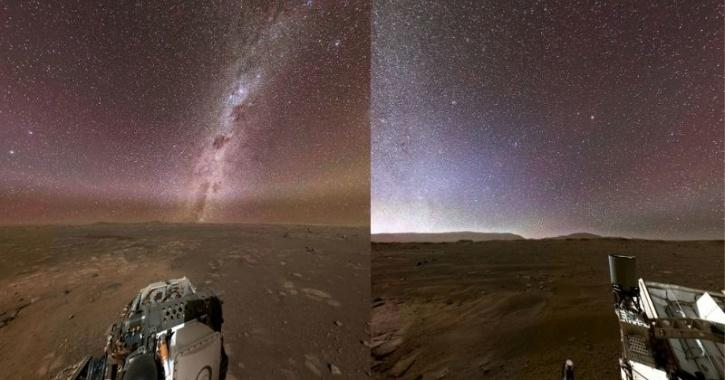 It’s been almost two weeks since NASA successfully landed its fifth Mars Rover on the surface of the red planet. The mission’s prime objective is to search for traces of ancient life on the alien world, a goal that Perseverance has now brought into question with its latest data analysis report “Cold and Dusty; Mars Sucks”.

Along with the historic Mars landing, the Perseverance joined Twitter, in an attempt from NASA to keep the public engaged with the mission. Originally the account was providing updates about the mission with uppity commentary from the rover’s limited onboard artificial intelligence, but exposure to the hostile Mars, and even less habitable Twitter environments, has led to the updates becoming pessimistic and argumentative. Only eleven days in and the Perseverance has gone from tweeting that it was “just getting started” after its 300 million mile journey, to tweeting disparaging remarks about mission, planet, and even NASA’s control team.

After submitting its first report, which it should be said, has the potential to galvanize the worldwide scientific community when analyzed in context with reports from past rover missions, the Perseverance rover initiated a Twitter beef with celebrity scientist and billionaire Elon Musk.

Uncharacteristically, Musk responded with an attempt to de-escalate the situation, but Perseverance continued to berate the scientific community for its situation.

NASA has yet to make an official statement on Perseverance’s public outbursts, although project manager, John B. McNamee, was quoted saying that it was “very troubling” and that “I can’t believe Persy called me a geeky Buzz Aldren wannabe who’s one small step from having both feet up his ass!”

The entire world scientific community has rained condemnation on Perseverance’s tweets, with many saying that the account should be suspended or at least vetted before allowing the rover to continue to make statements about the historic mission. Although no consensus has come to be on this, 2012’s Mars Curiosity Rover has the most experience on Perseverance’s situation.